Mason I. Lowance, Jr., is Professor of English at the University of Massachusetts, Amherst. He is the author of The Language of Canaan: Metaphor and Symbol in New England from the Puritans to the Transcendentalists and Increase Mather and the editor of Against Slavery: An Abolitionist Reader and The Stowe Debate: Rhetorical Strategies in Uncle Tom's Cabin. 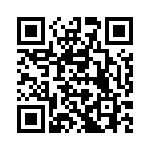