PATRICIA KOLLANDER is Assistant Professor of History at Florida Atlantic University and has written articles on 19th-century German history. 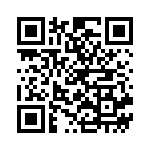