Էջ 377
The injury sustained by Samuel B . Robinson was an accidental injury , and
arose out of and in the course of his employment . The injury which claimant
sustained on May 6 , 1926 , was slight and immediate medical aid and attention
was not ...
Էջ 381
All the evidence having been heard and duly considered , the State Industrial
Board makes its conclusions of fact , award and decision , as follows : On April 7 ,
1925 , the day on which Mrs . Margaret Snyder sustained the injuries herein ...
Էջ 690
36 ] Industrial Board sustained the injuries which resulted in his death on
September 16 , 1923 , he resided at No . 388 Hoyt street , Brooklyn , and was
employed as a porter by Gerstendorfer Bros . , with office and principal place of
business ... 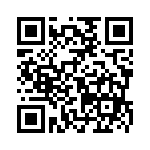