Էջ 4 - He scarce had ceased, when the superior fiend Was moving toward the shore: his ponderous shield, Ethereal temper, massy, large, and round, Behind him cast; the broad circumference Hung on his shoulders like the moon, whose orb Through optic glass the Tuscan artist views, At evening, from the top of Fesole, Or in Valdarno, to descry new lands, Rivers, or mountains, in her spotty globe.‎
Հանդիպում է 1795-2008-ը 970 գրքում
Էջ 9 - What if the sun Be centre to the world, and other stars, By his attractive virtue and their own Incited, dance about him various rounds...‎
Հանդիպում է 1711-2008-ը 203 գրքում
More
Էջ 8 - But hoc posito, to grant this their tenet of the earth's motion ; if the earth move, it is a planet, and shines to them in the moon, and to the other planetary inhabitants, as the moon and they do to us upon the earth ; but shine she doth, as Galileo, 2 Kepler, and others prove, and then per consequens, the rest of the planets are inhabited, as well as the moon...‎
Հանդիպում է 1800-2006-ը 36 գրքում
Less 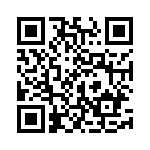