A must-read if you are at all interested in the Shakespeare authorship question (particularly if you, like Shapiro--and like me--believe that Shakespeare wrote his own plays). Covers some of the same ... Read full review

A work that is simultaneously a solid work of scholarship and a compulsive read – a veritable rara avis indeed (a black swan of Avon, perhaps?) It's worth noting that the cover (of the UK hardback, at ... Read full review

Professor James Shapiro, who teaches at Columbia University in New York, is the author of Rival Playwrights, Shakespeare and the Jews, and Oberammergau: The Troubling Story of the World's Most Famous Passion Play. 1599: A Year in the Life of William Shakespeare won the BBC FOUR Samuel Johnson Prize in 2006. 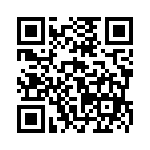