More of a dictionary than an encyclopedia, this one-volume paperback update to the first edition (LJ 4/15/86) comprises 600 entries, 90 percent of which are new or substantially revised to reflect ... Read full review 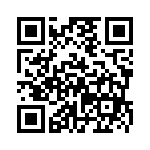