Review: The Politics of the Family and Other Essays

If you're going to major in psychology, read this book. Read full review

Ronald David Laing, a prominent British psychoanalyst, won wide attention in the United States, especially among young people, for his questioning of many of the old concepts of what is "normal" and what is "insane" in a world that he sees as infinitely dangerous in the hands of "normal" people. Born and educated in Glasgow, Scotland, Laing questioned many of the basic assumptions of Western culture. Taking the role of social critic, he wrote in The Politics of Experience (1967): "A little girl of seventeen in a mental hospital told me she was terrified because the Atom Bomb was inside her. That is a delusion. The statesmen of the world who boast and threaten that they have Doomsday weapons are far more dangerous, and far more estranged from "reality' than many of the people on whom the label "psychotic' is affixed." Much of Laing's work was in the field of schizophrenia. Philosophical and humanist in approach, he questioned many of the cut-and-dried classifications for the mentally ill, whom he regarded with great compassion; he looked beyond the "case" to the man or woman trying to come to grips with life in the broadest human context. He was a compelling writer of great literary skill who brought to his studies a worldview that reached far beyond the confines of his profession. Until his death, Laing continued to expand on his early themes, which are also evident in his poetry, interviews, and conversations with children. 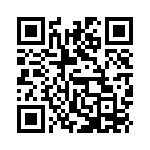