Էջ 70
1 The countenance of Dunwoodie brightened , as , turning his eyes in fondness on the speaker , be listened to her explanation . " Probably some articles of your own , " he continued , ' which were at hand , and were used on the spur of ...
Էջ 101
All this time Dunwoodie stood in severish silence , holding one of the hands of the sufferer in both his own , watching the countenance of Dr. Sitgreaves . At length Singleton gave a slight groan , and the surgeon rose with alacrity ...
Էջ 232
“ Major Dunwoodie , for your interest in behalf of my poor brother , I thank you , " said the trembling girl , drying her eyes , and rising with dignity ; “ but such language addressed to me , surely , is improper . 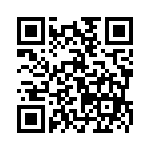