Prior to reading "Kosovo: A short history", I knew sweet fa about Kosovo, except that it featured in the media in the 1990s for all the wrong reasons. Now I know this small, landlocked nation (or at ... Read full review

A timely and penetrating history of the Balkans' next crisis zone—the Serbian province of Kosovo. With its 90 percent ethnic Albanian population dominated by Serbs with a nasty record of human-rights ... Read full review

NOEL MALCOLM, author of the widely acclaimed Bosnia: A Short History (also available from NYU Press), has been described by The New York Times as "President Clinton's favorite Balkans expert." 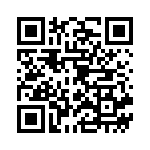