John Cairney is internationally known as 'the face of Robert Burns' His one man shows about Scotlland's national bard have been popular for over forty years. John lives in New Zealand, but receives invitations to speak at Burns events around the world. For anyone intent on (literally) following in the footsteps of Rabbie Burns, this is the book. John Cairney makes the ideal travelling companion - knowledgeable about Burns's biography and haunts without being heavy, witty without being trite, controversial without being argumentative for the sake of it. His views about the standard Burns supper format may have raised the hacckles of a few traditionalists, but even more whisky glasses will be raised by those who, like John Cairney, wish to see the memory of Burns dusted off for the new century. 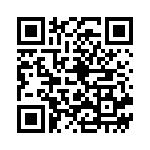