STEPHEN J. CIMBALA is Distinguished Professor of Political Science at Penn State University, Delaware County. His most recent work is Through a Glass Darkly (Praeger, 2001). 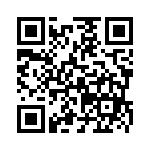