Էջ 334
Mr. Fifield asked the opinion of the committee regarding the advisability of having
an automobile race on the track during the Fair . Mr. Rindge moved as the sense
of the committee that an automobile race would draw people to the grounds .
Էջ 337
The officers of this society shall consist of a president , vice - president , secretary
and treasurer , who shall hold their offices for one year , and an executive
committee of twenty members , ten of whom shall be elected annually to hold
their ...
Էջ 362
The president appointed such committee , Messrs . Young , Fifield , Dewey ,
Graham , Butterfield , Skeels , Hinds . A recess was taken to 7 o'clock p . m . At 7
o'clock p . m . , committee met . The finance committee reported as follows : To
the ... 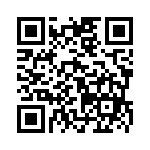