Էջ 425 - Vincentio Saviolo his Practise. In two Bookes. The first intreating of the use of the Rapier and Dagger. The second of Honor and honorable Quarrels.‎
Հանդիպում է 1819-2006-ը 128 գրքում

Born in Australia in 1949, John Guy grew up in England. Early in life Guy developed a love of history. He pursued that interest and read History under the supervision of Professor Sir Geoffrey Elton, the pre-eminent Tudor scholar of the late-twentieth century. John Guy took a First and became a Research Fellow of Selwyn College in 1970. Awarded a Greene Cup by Clare College in 1970, he completed his PhD on Cardinal Wolsey in 1973 and won the Yorke Prize of the University of Cambridge in 1976. John Guy has lectured extensively on Early Modern British History and Renaissance Political Thought in both Britain and the United States. He has published 16 books and numerous academic articles. Guy's book My Heart is My Own: the life of Mary Queen of Scots (Harper Perennial, 2004) won the 2004 Whitbread Biography Award, the Marsh Biography Award, was a finalist in the USA for the 2004 Biography/Autobiography of the Year Award (National Books Critics' Circle), and has been translated into Spanish and Czech. Other books include Thomas More (Hodder Arnold, 2000), and The Tudors: A Very Short Introduction (Oxford University Press, 1990). For over twenty years he was co-editor of the acclaimed academic series Cambridge Studies in Early Modern British History; and co-author of The Reign of Elizabeth I: Court and Culture in the Last Decade (Cambridge University Press, 1995) and contributed to The Oxford History of Britain, The Oxford Illustrated History of Britain, The Oxford Illustrated History of Tudor and Stuart Britain, and The Oxford History of the British Isles: the Sixteenth Century. 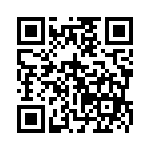