In this thoroughly revised and updated edition of the first book-length treatment of the subject, S. James Anaya incorporates references to all the latest treaties and recent developments in the ... Read full review

S. James Anaya is Professor of Law at the University of Iowa, where he teaches and writes in the fields of international law, human rights, and Native American rights. He has practiced law representing Native American peoples and organizations in matters before United States courts and international
institutions. 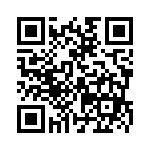