Էջ 25
Whether or not friendly folks live there , the root word , philia , refers to friendship - the warm affection between ... philos , occurs one hundred eighty - eight times in the Bible , and most of those translate directly as friend .
Էջ 85
( Just ask some of your friends to show you their wedding albums . See the same euphoric expressions on their faces ? ) Heather and I have learned so much since those early days . The good times , and yes , even the tough times ...
Էջ 91
Peter answered using phileo , as in “ Yes , Lord , I love you as a friend . ” Jesus responded with an agape kind of directive , “ Feed My lambs . ” The same sequence happened again , and the third time , Jesus used Peter's human term ... 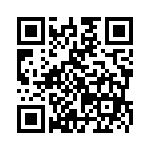