Էջ 61
The fight of Stalin against Hitler does not prove that his system is not a hitlerite
one . ... Of course , he fights now because he has to , but you don ' t doubt , I think
, that he would have preferred much more to be able to fight on Hitler ' s side ...
Էջ 139
The other way too difficult when my main fight is for education , and any other
fight — for reform in marriage , etc — would weaken my position re education . To
fight too many battles is to lose the lot . Marriage agrees with me , for I have
gained ...
Էջ 265
When I say , out of good experience , expose and fight the emotional plague
wherever you can , lest you be smothered by ... emotional plague , we must start
finally to shed our fears and wrong considerations and start fighting the evil -
doers . 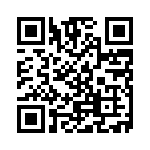