Էջ 352
... there is nothing either in the Concordat , with respect to the Catholic schools ,
nor in the Protestant Patent , with respect to the evangelical schools , to prevent
such a thorough and effectual reorganization of the system of administration . XIV
.
Էջ 631
It has been my sanguine hope , for many years , that , in this new State , teaching
might aspire to the dignity of a profession ; that teachers might learn to combine
their strength , respect themselves , command the respect of others , and honor ...
Էջ 693
The rector calls the senate together twice a year , when a report is read of all that
has been done by him during the interval . His power , however , in this respect ,
is greatly cramped , especially by means of the directors . The dean must be a ... 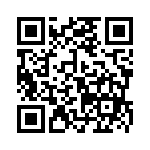