THE RAREST BLUE: The Remarkable Story of an Ancient Color Lost to History and Rediscovered

With his wife, dye expert Sterman delivers a history of a blue dye mentioned in ancient texts but only recently recreated in the modern era.The Stermans trace the history of tekhelet, a blue dye ... Read full review

DIVBaruch Sterman is a physicist who helped develop the modern techniques for dyeing tekhelet authentically. Cofounder of the Ptil Tekhelet Association, he has written numerous articles on the subject and is considered a world expert on snail dyeing. He works with high-tech communications companies in the United States and Israel, where he lives with his wife and coauthor, Judy Taubes Sterman. 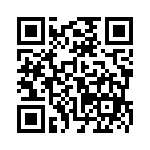