Tom Flynn (Amherst, NY) is the editor of Free Inquiry magazine, director of the Robert Green Ingersoll Birthplace Museum, founder of the Council for Secular Humanism's First Amendment Task Force, and the author of The Trouble with Christmas, Galactic Rapture, and Nothing Sacred. 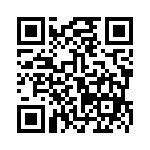