Robert Thomson read Classics at Cambridge University, then studied Armenian at SOAS and Louvain. His PhD thesis was on Syriac versions of works by Athanasius. In 1969 he was appointed Professor of Armenian Studies at Harvard, and served as Director of Dumbarton Oaks from 1984 to 1989. Since1992 he has been Calousete Gulbenkian Professor of Armenian Studies at Oxford Univesity. His mos recent work is a study with dual translation of the Georgian Chronicles and their medieval Armenian adaptation (Oxford Oriental Monographs, 1996). 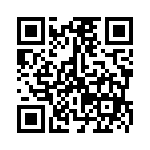