Էջ 38
But what could she have which is wickedness , which is a done , she asked herself ? Who would horror to think of , and you speak have approved her had she opposed of asking people to dinner ! Do her husband's wishes , encouraged you ...
Էջ 205
He took it , going fleurs , in August-- " upon his knees with that movement , “ With Millefleurs , in August ? equally involuntary , which deep Has he asked Lord Millefleurs in emotion suggests , and put it to his August ?
Էջ 500
she asked , trembling very much . What kind of life did violently . Nothing had been heard M'Gibbon imagine she would lead of him , confessed James . But Mr. on the coast ? What could she exMonke would be only too glad to pect to do ... 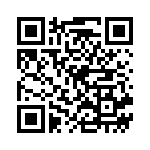