Ronnie L. Littlejohn is Professor of Philosophy and Director of the Centre for Asian Studies, Belmont University, Nashville. He is the author of Daoism: An Introduction (I.B.Tauris, 2009) and co-edited, with Jeffrey Dippmann, Riding the Wind: New Essays on the Daoist Classic, the Liezi (also 2009). 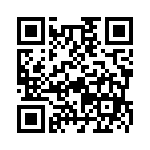