Էջ 189
The following is an extract from the log of the Ceylon , authenticated in the
customary manner : “ At 4 , enemy having dropped to leeward two cables lengths
, his fire nearly done , saw his consort coming down under all sail . The ship at
this ...
Էջ 247
animated manner , were towed by their respective companies , in the face of a
heavy raking fire , into a position within range of grape ; when , at 6 P . M . the
British ships opened their broadsides . The mutual cannonade lasted , without
any ...
Էջ 322
At 5 P . M . the Growler joined , and opened an occasional fire upon the
grounded vessels , all of which had by this time fallen over upon the larboard
side , or that nearest the shore . At 5 h . 23 m . P . M . the mainmast of the Arienne
went by the ... 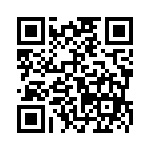