Emily Dickinson was born in Amherst, Massachusetts on December 10, 1830. Although one of America's most acclaimed poets, the bulk of her work was not published until well after her death on May 15, 1886. The few poems published in her lifetime were not received with any great fanfare. After her death, Dickinson's sister Lavinia found over 1,700 poems Emily had written and stashed away in a drawer -- the accumulation of a life's obsession with words. Critics have agreed that Dickinson's poetry was well ahead of its time. Today she is considered one of the best poets of the English language. Except for a year spent at Mount Holyoke Female Seminary in South Hadley, Dickinson spent her entire life in the family home in Amherst, Massachusetts. She never married and began to withdraw from society, eventually becoming a recluse. Dickinson's poetry engages the reader and requires his or her participation. Full of highly charged metaphors, her free verse and choice of words are best understood when read aloud. Dickinson's punctuation and capitalization, not orthodox by Victorian standards and called "spasmodic" by her critics, give greater emphasis to her meanings. 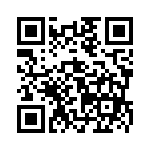