I thought that the author's "When Thunder Rolled" was one of the best Vietnam tour-of-duty memoirs I had read and this follow up where Rasimus relates his late-war service in 1971-1972 is a worthy ... Read full review

Ed Rasimus is a graduate of Chicago’s Illinois Institute of Technology with a degree in political science, as well as a master’s in political science from Auburn University and a master’s in international relations from Troy State. As a pilot in the Vietnam War, Ed volunteered for two tours of combat duty (1966, 1972) and flew more than 250 combat missions in the fastest, most awesome jets of the period: the F-105 Thunderchief and F-4 Phantom. In the process he earned the Silver Star, the Distinguished Flying Cross five times, as well as the Air Medal with nineteen oak leaf clusters and an array of battle ribbons and awards. Since leaving the Air Force, he’s worked for a major aerospace contractor on the development of the next generation of tactical aircraft as well as written extensively for computer magazines, with a weekly column in several publications and hundreds of software reviews. Rasimus taught political science in Colorado for several years and has spoken on the Vietnam air war at the U.S. Air Force Academy, the National Museum of the USAF, as well as colleges and libraries across the country. He lives in North Texas, where he continues to write and is currently researching a history of the incorporation of women into the tactical flying and fighting profession. 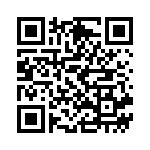