A Maryland bride in the Deep South: the Civil War diary of Priscilla Bond

In this diary of a Confederate soldier's young wife in Louisiana during the Civil War, Bond writes of courtship, religious faith, and her battle with tuberculosis. Harrison includes Bond's diaries ... ◊ŤÚŗÚŁ ‚ŚŮŁ ÓÚÁŻ‚

A native of Louisiana, Kimberly Harrison is an associate professor of English and the director of undergraduate writing at Florida International University. 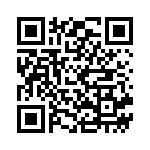