What is a times informative, fascinating read into the financial and personal histories of the Beatles post-breakup degrades into a Goldman-esque clobbering of all involved, even when it criticizes Goldman. A reheated souffle. Read full review

A compelling and insightful book but also sad in so many ways. Doggett vividly chronicles the disintegration of one of the greatest creative partnerships of all time, the fraying of longtime ... Read full review

Peter Doggett has been writing about popular music, the entertainment industry, and social and cultural history since 1980. His books include the pioneering study of the collision between rock and country music, Are You Ready for the Country; and the award-winning There's a Riot Going On: Revolutionaries, Rock Stars, and the Rise and Fall of the '60s. His most recent book, You Never Give Me Your Money: The Beatles After the Breakup, was chosen as one of the 10 Best Books of 2010 by the Los Angeles Times. 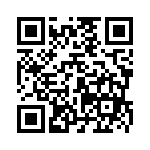