Էջ 521
That is , while average income increases its dispersion among individuals and variability in time may also increase , thus reducing or even , it is possible , obliterating the advantage due to an increase in average income .
Էջ 563
In such a stagnant ' state , moreover , the marginal - productivity curve is likely to be relatively inelastic , i.e. , an increase of capital is apt to cause a comparatively rapid decline of marginal productivity and therefore of its ...
Էջ 636
According to the theory of rent , the money rent of a holding will increase because of two reasons . First , if the prices of agricultural produce increase , rents will rise , first , on account of the increased money value of the same ... 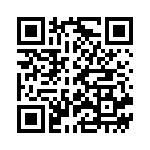