Էջ 285
Not that your great numbers , or indeed great numbers of men anywhere , are likely to be all good , or even to have the majority good . “ The majority are bad , ' said one of the wise men of Greece ; but he was a pagan .
Էջ 286
It may you will say that the majority is , sometimes , good ; that its impulses are good generally , and its action is good occasionally . Yes , but it lacks principle , it lacks persistence ; if to - day its good impulses prevail ...
Էջ 313
I suppose that , as in England , as in France , as everywhere , so likewise here , the majority of people doubt very much whether the majority is unsound ; or , rather , they have no doubt at all about the matter , they are sure that it ... 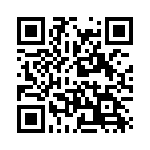