Էջ 95
not only the first soldier in gray she had ever seen , but the first young man ; or it seemed so to her . Again she looked back . “ How near they were still to the house ! how plainly they could yet be seen ! He could be shot straight ...
Էջ 106
I's seen ' em ! But de wuss Christmas I ever seen tunned out de best in de een , ” he added , with sudden warmth , “ an ' dat wuz de Christmas me an'Marse George an ' Reveller all got drownded down at Braxton's Creek .
Էջ 130
“ Lord ! you should have seen the stir and heard the racket . Every fellow was on his feet in a minnit , and before I could dodge , the great dark - featured man , he rose up , and seized my jug by the handle , and whirled it furious ...

BEN FORKNER is professor of English and American literature at the University of Angers in France. A graduate of Stetson University in Florida, he received his Ph.D. from The University of North Carolina at Chapel Hill. He has published essays on writers from Ireland and the American South and has edited several anthologies including Georgia Stories, and with Patrick Samway, S. J., A Modern Southern Reader and A New Reader of the Old South.

PATRICK SAMWAY, S. J. received his B.A. and M.A. from Fordham University, his M.Div. from Woodstock College, and his Ph.D. from the University of North Carolina at Chapel Hill. Father Samway taught for eight years at Le Moyne College in Syracuse, New York, and also has received two Fulbright lectureships to France, in addition to having been a Bannan Fellow at the University of Santa Clara in California and Visiting Associate Professor at both Boston College and Loyola University in New Orleans. 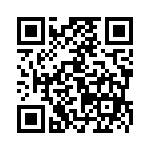