A cofounder in 1875 of the Theosophical Society and its principal catalyst and intellectual force, Helena Blavatsky has had perhaps a greater influence than any other single person on modern occultism and alternative spirituality. Born Helena de Hahn of an aristocratic Russian family, she married Nikofor Blavatsky in 1848 but soon left him to travel widely. While the details of her wandering years are not entirely clear, it is evident that she augmented natural psychic and spiritualist interests with much esoteric lore. In 1874 Blavatsky came to New York, where she met Henry Steel Olcott, who became the first president of the Theosophical Society upon its establishment in the following year as a vehicle for the study of arcane wisdom and the promotion of human brotherhood. In 1877 Blavatsky published her first book Isis Unveiled. In 1878-79, she and Olcott moved to India, where the new movement met with both success and controversy. Returning to Europe, she settled in London in 1887, where her major work The Secret Doctrine was published in 1888. Combining shamanistic, Hindu, Buddhist, Neoplatonist, and Cabalistic lore to reconstruct what she considered to be the primordial human wisdom, Blavatsky forcefully engaged its concepts with those of the science and religion of her day. p A woman of independent and colorful character, Blavatsky evoked strong responses, both positive and negative, and left a permanent legacy whose influence on modern cultural movements in both India and the West is increasingly recognized. Blavatsky died in 1891. 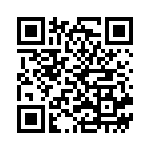