This was a hard book to review. First of all, I was looking for a book that focuses on a little more of the differences between the two revolutions and why the French Revolution took such a violent ... Read full review

FOR LIBERTY AND GLORY: Washington, Lafayette, and Their Revolutions

James R. Gaines has been the editor of several magazines, including Time and People, and is also the author of Evening in the Palace of Reason. He lives with his family in Paris. 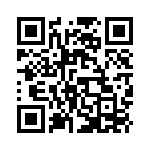