Dance with the devil

Readers of Douglas's autobiography, The Ragman's Son (LJ 10/15/88), will speculate on the parallels in his first novel, which also chronicles the rise to fame of a Russian-Jewish emigre in Hollywood ... Read full review

Kirk Douglas has been a Hollywood legend for more than half a century. His eighty-three films include "The Bad and the Beautiful" and "Lust for Life. "In addition, his company, Bryna, has produced such classics as "Spartacus, " Douglas has received the Presidential Medal of Freedom, the highest civilian award given by the President, as well as numerous other awards and honors. Currently he serves as a Goodwill Ambassador for the State Department and the Legion de Honneur in France. The father of four sons, and grandfather of five, he lives with his wife, Anne, in Beverly Hills. 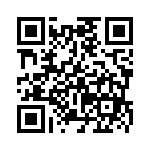