Paddler, author, environmentalist and raconteur, Max Finkelstein works as the Communications Officer for the Canadian Heritage Rivers System, Canadaâe(tm)s national program for river conservation. When he is not speaking about, writing about, or otherwise promoting Canadaâe(tm)s river heritage, Max can usually be found paddling on a river. He has paddled over 22,000 kilometres in North America, Europe, Africa and Australia. His first book, Canoeing a Continent: On the Trail of Alexander Mackenzie, which described his experiences retracing the historic first crossing of North America by a European, was released by Natural Heritage in 2002. Paddling the Boreal Forest: Rediscovering A.P. Low, an extraordinary project undertaken with his friend and paddling partner James Stone, sent the two of them to northern Quebec to retrace and experience first-hand the routes of geologist, map-maker and explorer A.P. Low.

Max and his wife, Connie Downes, live in Ottawa, where they are introducing their son, Isaac Thelon, to a life of travelling on and learning about rivers.

James Stone works as an economist at the Department of International Trade Canada. He first rediscovered A.P. Low while a student at Queenâe(tm)s University and kept the idea of writing the biography of this man in the back of his mind since then. Jim has varied northern experience, including geodetic mapping in northern Quebec and the Yukon, canoeing the Nahanni, the Hanbury/Thelon Rivers, and now the Eastmain and Rupert Rivers. On a posting in Brussels he also helped to keep the European market open for Canadian fur.

He is currently posted in Singapore, where he ignored the hot and humid weather to write about A.P. Lowâe(tm)s adventures in the north. His spouse Michaela and sons Adam and Benjamin have been highly supportive of his northern leanings and may yet go on a northern trip with him. 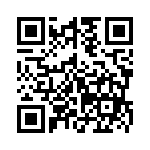