Էջ 342 - College has received an Award of Merit from the American Association for State and Local History for his book, THE GREAT PLAINS IN TRANSITION, published last year by the University of Oklahoma Press.‎
Հանդիպում է 1906-2005-ը 104 գրքում

Janet Lecompte was a graduate of Wellesley College. She received her first historical training arranging the Cragin Collection in the Colorado Springs Pioneers Museum, which her grandmother founded. She was the author of many articles in historical journals on the trans-Mississippi West. 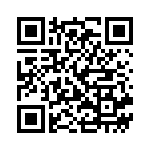