really interesting but the writing is kinda clunky because he writing to defend his ideas, rather than just presenting the fascinating idea that the khipu where used to communicate in a binary fashion ... Read full review

Gary Urton is Dumbarton Oaks Professor of Pre-Columbian Studies at Harvard University, as well as a MacArthur Fellow (2001–2005). 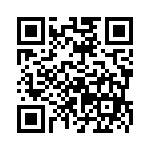