Էջ 202
These murderers, with Alfonso's consent, rode back to Coimbra. Self-appointed executioners, they cut her throat. Pedro, in savage fury, waged civil war upon his father, and was victorious. Five years later, when he as the heir had ...
Էջ 231
Within an hour of their departure, we were on the road, and in Coimbra at noon. We had stopped at Batalha for one more look at the beautiful church. Today its nave was empty of people, a silent avenue of tall, white pillars.
Էջ 241
The local Coimbra newspaper reported, as the clerk translated, a shocking number of pickpockets had invaded the scene of yesterday's celebration at the University. The police were swamped with complaints from visitors whose purses had ... 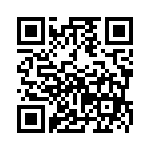