Charles J. Shields is the author of And So It Goes: Kurt Vonnegut, A Life (Holt 2011), a New York Times and Washington Post Notable Nonfiction Book. Also, Mockingbird: A Portrait of Harper Lee (Holt 2006), an acclaimed, bestselling biography, recently revised as Mockingbird: A Portrait of Harper Lee from Scout to Go Set a Watchman (Holt 2016). I Am Scout: The Biography of Harper Lee (Henry Holt Books for Young Readers 2008) is for young adults. He is also the author of nonfiction books for young people. He and his wife reside in Charlottesville, Virginia. 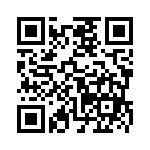