PAUL SIMPSON has been writing professionally about horror and science fiction for the past two decades. As editor of Dreamwatch magazine and its web spin-off SciFiBulletin.com, which he still oversees from his home in a small Sussex village just north of Brighton, England, he has visited the sets of numerous TV shows, including The X-Files, Buffy the Vampire Slayer, and Stephen King s The Dead Zone, and interviewed the stars of many of the classic Hammer Horror films. 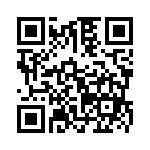