Gary M. Walton became the Founding Dean of the Graduate School of Management at the University of California, Davis in 1981 and is Professor of Economics Emeritus at the University of California, Davis. In addition, he is President Emeritus of the Foundation for Teaching Economics, where he designed and administered highly acclaimed economics and leadership programs (domestically and internationally) for high school seniors selected for their leadership potential, as well as for high school teachers. Dr. Walton credits much of his personal success to his coach at the University of California, Berkeley -- the legendary Brutus Hamilton (U.S. Head Coach of Track and Field in the 1952 Olympics), and his success as an economist to his doctoral dissertation advisor, Douglass C. North (1993 Nobel Laureate in Economics).

Hugh Rockoff is a Distinguished Professor of Economics at Rutgers University and a research associate of the National Bureau of Economic Research. He has written extensively on banking and monetary history and the economics of war. He enjoys teaching economic history to undergraduates and credits his success as an economist to his doctoral dissertation advisor, Robert W. Fogel (1993 Nobel Laureate in Economics). 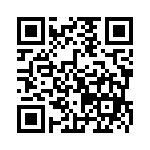