Wilfrid Blunt was Senior Drawing Master at Eton College. An Associate of the Royal College of Art and a fellow of the Linnean Society of London, he authored a number of biographies and books on European art and botany. His The Art of Botanical Illustration has become a standard work of reference. He died in 1987. William T. Stearn was a distinguished botanist, previously of the British Museum (Natural History), now the Natural History Museum. The former president of the Linnean Society, he died in 2001. 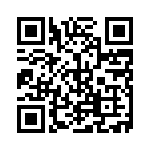