Clara E. Rodríguez is Professor of Sociology at Fordham University's College at Lincoln Center. She is the author of numerous books and has been Visiting Professor at Columbia University, MIT, and Yale University. She has also been a Visiting Scholar at the Russell Sage Foundation and a Senior Fellow at the Smithsonian Institution's National Museum of American History. She was previously the Dean of Fordham University's College of General Studies. 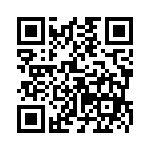