Charles J. Shields is the author of And So It Goes: Kurt Vonnegut: A Life, Mockingbird: A Portrait of Harper Lee, the highly acclaimed, bestselling biography of Harper Lee, and I Am Scout: The Biography of Harper Lee (Henry Holt Books for Young Readers). He grew up in the Midwest and taught in a rural school in central Illinois for several years. He has been a reporter for public radio, a journalist, and the author of nonfiction books for young people. He and his wife live near Charlottesville, Virginia. 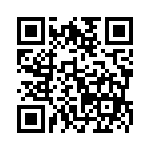