America in White, Black, and gray: the stormy 1960s

Unlike many 1960s books that cover the years between 1968 and 1972, Fischer's (Nazi Germany: A New History) sprawling, tirelessly researched and opinionated new history takes in the whole epoch, with ... Read full review

Klaus Fischer is a cultural historian of Modern Europe with expertise in Nazi Germany and the Holocaust. Born in Germany in 1942, he arrived in the United States in 1959 as a 17-year-old emigrant. He attended Arizona State University and then the University of California, Santa Barbara, where he received his PhD in 1972. He is the author of Nazi Germany: A New History and The History of an Obsession: German Judeophobia and the Holocaust. 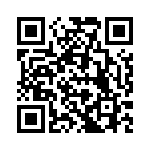