A monumental biography that seeks to be the final word (at least for this century) on the subject. British historian Kershaw (Univ. of Sheffield) has spent an academic career thinking judiciously and ... Read full review

The first of two volumes from a British biographer. Read full review

Ian Kershaw is a professor of modern history at the University of Sheffield and the author of numerous works of history, including Hitler: A Biography, Fateful Choices and Hitler, the Germans, and the Final Solution. He lives in Manchester, England. 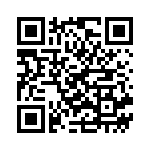