Lee Dugatkin and I were playground teachers together in the early 80s and he was kind enough to reconnect with me through social media and send me an autographed copy of his latest book. As a ... Read full review

The catchy title promises too much and the author fails to deliver the meat. Based on two well known anecdotes about Benjamin Franklin and Thomas Jefferson, the book covers the 18th century debate ... Read full review

Lee Alan Dugatkin is an animal behaviorist, evolutionary biologist, and historian of science in the Department of Biology at the University of Louisville. He is the author or coauthor of many books, including The Altruism Equation: Seven Scientists Search for the Origins of Goodness, Mr. Jefferson and the Giant Moose: Natural History in Early America, and How To Tame a Fox (and Build a Dog). 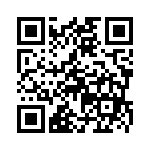