Էջ 9
(3) There is no need to say that the long story of persecution did not suppress the
Order, but it was driven into dark places. (4) A National Grand Lodge of Spain is
said to have been founded at Madrid in 1809. (5) Gould states that in 1811 there
...
Էջ 10
All available authorities agree that a Lodge under English Obedience was
instituted at Lisbon in 1735 ; but the Inquisition was at work, as we have seen in
the case of John Coustos, and the story of its counter activities continued with
little ...
Էջ 11
In 1911 the York Grand Lodge was split up, and this is the last story that I have
met with concerning the Royal Art in Mexico. Minor Statistics.— The other
divisions of Central and South America must be grouped together. (1) Masonry
entered ...
Էջ 14
The story further affirms that Sir Christopher Wren acted as one of the Wardens,
and so more fully betrays itself. Alexander I of Russia.— In common with other
Secret Societies, Masonry was prohibited under the Emperor Paul I, and when
his ...
Էջ 17
The whole story is doubtful, and it has been pointed out that Grand Lodge has no
record of the event outside Anderson. ... was of course more powerful and
irresponsible in 1743, when — according to his story — Coustos was imprisoned,
...
Հաջորդը »

Էջ 132 - Most Holy and Glorious Lord God, Thou Architect of heaven and earth, Who art the giver of all good gifts and graces, and hast promised that where two or three are gathered together in Thy Name, Thou wilt be in the midst of them : in Thy Name we assemble...‎
Հանդիպում է 1723-2007-ը 139 գրքում
Էջ 57 - A SERIOUS AND IMPARTIAL ENQUIRY INTO THE CAUSE OF THE PRESENT DECAY OF FREEMASONRY IN THE KINGDOM OF IRELAND...‎
Հանդիպում է 1850-2007-ը 59 գրքում
More
Էջ 279 - And he set up the pillars in the porch of the temple : and he set up the right pillar, and called the name thereof Jachin : and he set up the left pillar, and called the name thereof Boaz.‎
Հանդիպում է 1795-2007-ը 232 գրքում
Էջ 5 - A mason is obliged, by his tenure, to obey the moral law; and if he rightly understands the art, he will never be a stupid atheist, nor an irreligious libertine.‎
Հանդիպում է 1754-2007-ը 241 գրքում
Էջ 279 - He was a widow's son of the tribe of Naphtali, and his father was a man of Tyre, a worker in brass: and he was filled with wisdom, and understanding, and cunning to work all works in brass. And he came to king Solomon, and wrought all his work. 15 For he cast two pillars of brass, of eighteen cubits high apiece : and a line of twelve cubits did compass either of them about. 16 And he made two chapiters of molten brass, to set upon the tops of the pillars...‎
Հանդիպում է 1805-2007-ը 164 գրքում
Էջ 16 - ... German history of Masonry and that especially of the High Grades. Nat. 1721, ob. 1793. Was made a Mason in the THREE GLOBES, 1740, and joined the STRICT OBSERVANCE in 1770. Is said to have been enthroned at Brunswick in 1772 as Grand Master of ECOSSAIS LODGES. Presided at the Convention of Wilhelmsbad in 1782 and was General Master or Overseer of the ASIATIC BRETHREN. He was concerned with Hermetic studies. His three sons Frederick, Augustus Maximilian and William all became Masons. Buckingham,...‎
Հանդիպում է 1833-2007-ը 13 գրքում
Էջ 163 - Freemasonry, which says that it is " a system of morality, veiled in allegory and illustrated by symbols.‎
Հանդիպում է 1844-2007-ը 42 գրքում
Էջ 280 - His legs are as pillars of marble, set upon sockets of fine gold: his countenance is as Lebanon, excellent as the cedars.‎
Հանդիպում է 1611-2008-ը 267 գրքում
Էջ 325 - Lodge immediately, to advise together upon that emergency, and to send two of their number to invite the LAST Grand Master to resume his office, which now in course reverts to him; or, if he refuse, then the NEXT LAST, and so backward.‎
Հանդիպում է 1805-2007-ը 25 գրքում
Էջ 413 - LODGE OF PERFECTION.— 4. Secret master. 5. Perfect master. 6. Intimate secretary. 7. Provost and Judge. 8. Intendant of the building. 9.‎
Հանդիպում է 1828-2007-ը 79 գրքում
Less

Arthur Edward Waite was born on October 2, 1857 in Brooklyn, New York. He was a poet and scholarly mystic who wrote extensively on occult and esoteric matters, and was the co-creator of the Rider-Waite Tarot deck. Waite joined the Outer Order of the Hermetic Order of the Golden Dawn in January 1891 after being introduced by E.W. Berridge. In 1899 he entered the Second order of the Golden Dawn. He became a Freemason in 1901, and entered the Societas Rosicruciana in Anglia in 1902. In 1903 Waite founded the Independent and Rectified Order R. R. et A. C. Waite was a prolific author and many of his works were well received in academic circles. He wrote occult texts on subjects including divination, esotericism, Rosicrucianism, Freemasonry, and ceremonial magic, Kabbalism and alchemy; he also translated and reissued several important mystical and alchemical works. His works on the Holy Grail, influenced by his friendship with Arthur Machen, were particularly notable. A number of his volumes remain in print, including The Book of Ceremonial Magic (1911), The Holy Kabbalah (1929), A New Encyclopedia of Freemasonry (1921), and his edited translation of Eliphas Levi's 1896 Transcendental Magic, its Doctrine and Ritual (1910), having seen reprints in recent years. Waite also wrote two allegorical fantasy novels, Prince Starbeam (1889) and The Quest of the Golden Stairs (1893). 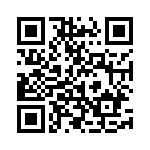