Էջ 160
British officers to a battalion , to act as field officers and regimental staff , the command of companies being left to the native officers ; but the provision of British officers was less generous than it appeared to be .
Էջ 398
by seniority , to the command . After the Mutiny , when British officers were graded , according to length of service , in the three presidency Staff Corps , an officer transferred to civil or political employ was no longer borne on the ...
Էջ 400
In 1895 , therefore , the three old presidency armies were converted into four Army Commands , the Bengal army being ... Each Command was placed under a lieutenant - general , to whom was delegated much of the authority exercised until ... 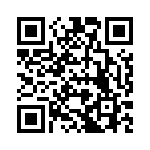