Heather Bleaney is Editor of the Index Islamicus which is compiled at the School of Oriental and African Studies Library, London. She was previously in charge of the Documentation Unit of the Centre for Middle Eastern and Islamic Studies, University of Durham, and has contributed to a number of publications on the modern Middle East.
Willem Vogelsang, Ph.D. (1990), University of Groningen, is curator of Southwest and Central Asia at the National Museum of Ethnology, Leiden, The Netherlands. He has published numerous books and articles on the history and archaeology of South and Southwest Asia, including The Rise and Organization of the Persian Achaemenid Empire (Brill, 1992), The Eastern Evidence (Leiden, 1992) and The Afghans (Oxford, 2002). 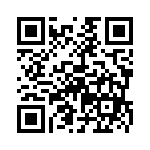