Nobel Laureate Rudyard Kipling (1865–1936) is best remembered for children's tales such as The Jungle Book as well as his poetry and stories about British soldiers in India, which include "Gunga Din" and The Man Who Would Be King. Kipling was enormously popular at the turn of the 20th century but his reputation declined with the change in attitude toward British imperialism. In recent years Kipling's works have found new acclaim as a vibrant source of literary and cultural history. 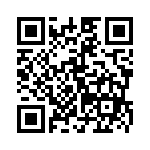